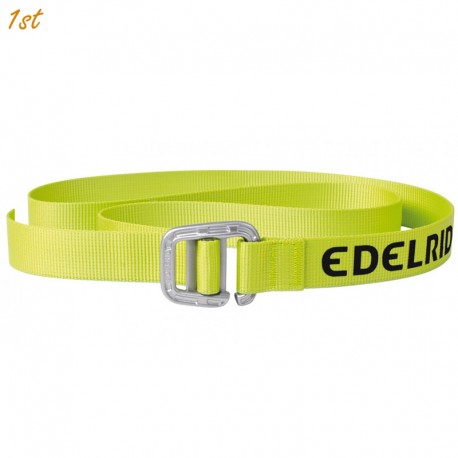 The Only Trouser Belt You're Ever Going To Need

The Turley Belt is one of the few items that would appear to be universally praised, not only by every member of the Scramble Team but by tree surgeons, climbers, mountaineers and trekkers alike. Scramble were after a 100% secure belt that simply wouldn't fail mid-trek. Their search ended with the Turley, and so good was it that this humble, fuss-free belt got its own glowing review.

Montane have recently attempted a similar design with their Loop Belt. However, it's a pale imitation, falling short in quality, security (non-slip) and durability.

Note: There is a minor difference between the Black and the Chute Green versions. The Black Turleys tend to have an initially tighter loop-hole for the hook. This loosens up over time, but early on a little twisting (back and forth like a butterfly flapping its wings) of the buckle hook and the loop end help to free things up.  This won't affect everyone, as for some simply loosening (opening up) the belt will be enough to remove / put on their trousers.

"At Scramble we're big fans of kit that is well designed, highly functional and practically failure-proof, especially when it's also lightweight. The Edelrid Turley belt is one such item.

By using a hook buckle design, Edelrid have bypassed the need for any moving or flexing parts. This means they can use a solid aluminium heavy duty buckle with a low profile so the belt doesn't pinch or bite when under a harness or belt system.

The buckle's design and the choice of webbing means that there is absolutely no slippage whatsoever; once it's set it stays set. Edelrid make clear that this high strength belt can double as an emergency lashing strap.

[...] Plastic-buckle quick release belts are okay, but they do fail and it's a pain when they do. Some versions slip, some pinch and some break and for a similar price you can get an Edelrid Turley.

Easy-on-and-off, with a comfortable non-intrusive, high quality hook buckle that doesn't require threading, the Edelrid Turley is a superbly designed, practically unbreakable, non-slip belt, whose 25mm width makes it a suitable replacement for most outdoor trousers [...]. The Edelrid Turley is a simple idea executed to perfection."

Edelrid have been making ropes for over 150 years. They invented kernmantle ropes in 1953 which greatly reduced rope breakage. In 2006 Edelrid became part of the Vaude Group, and are predominantly known for their climbing ropes, harnesses, carabiners and helmets.

In use (the Turley Belt replacing Mountain Equipment's stock belt on their Ibex Trousers): 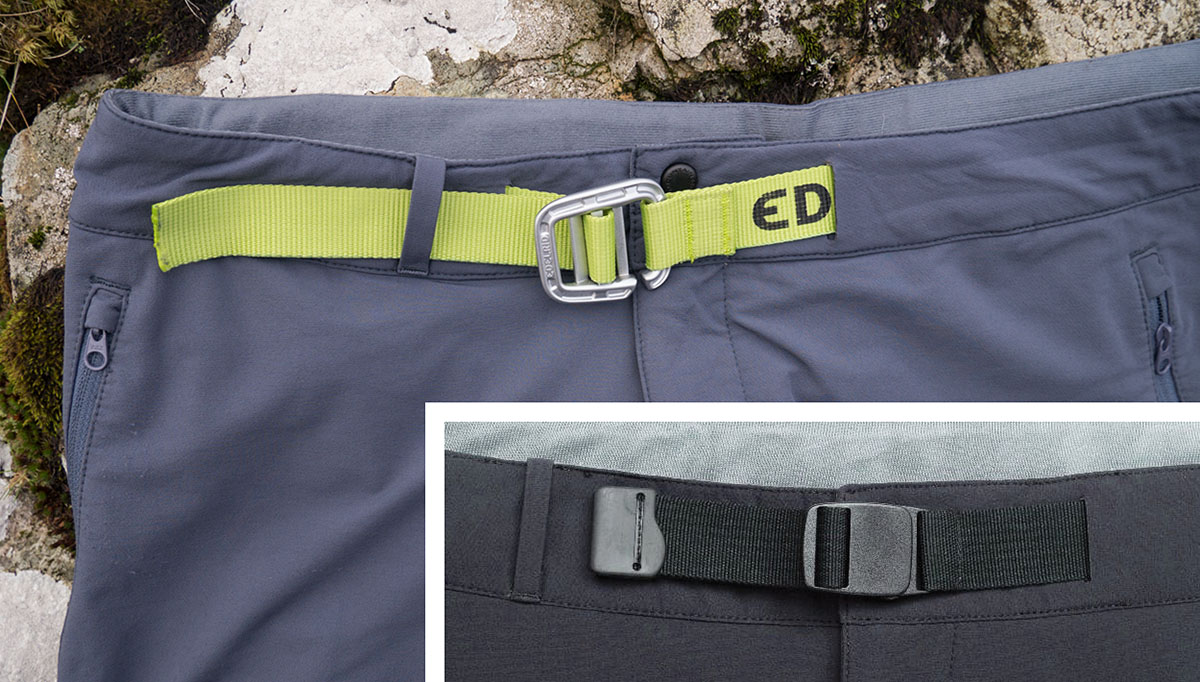